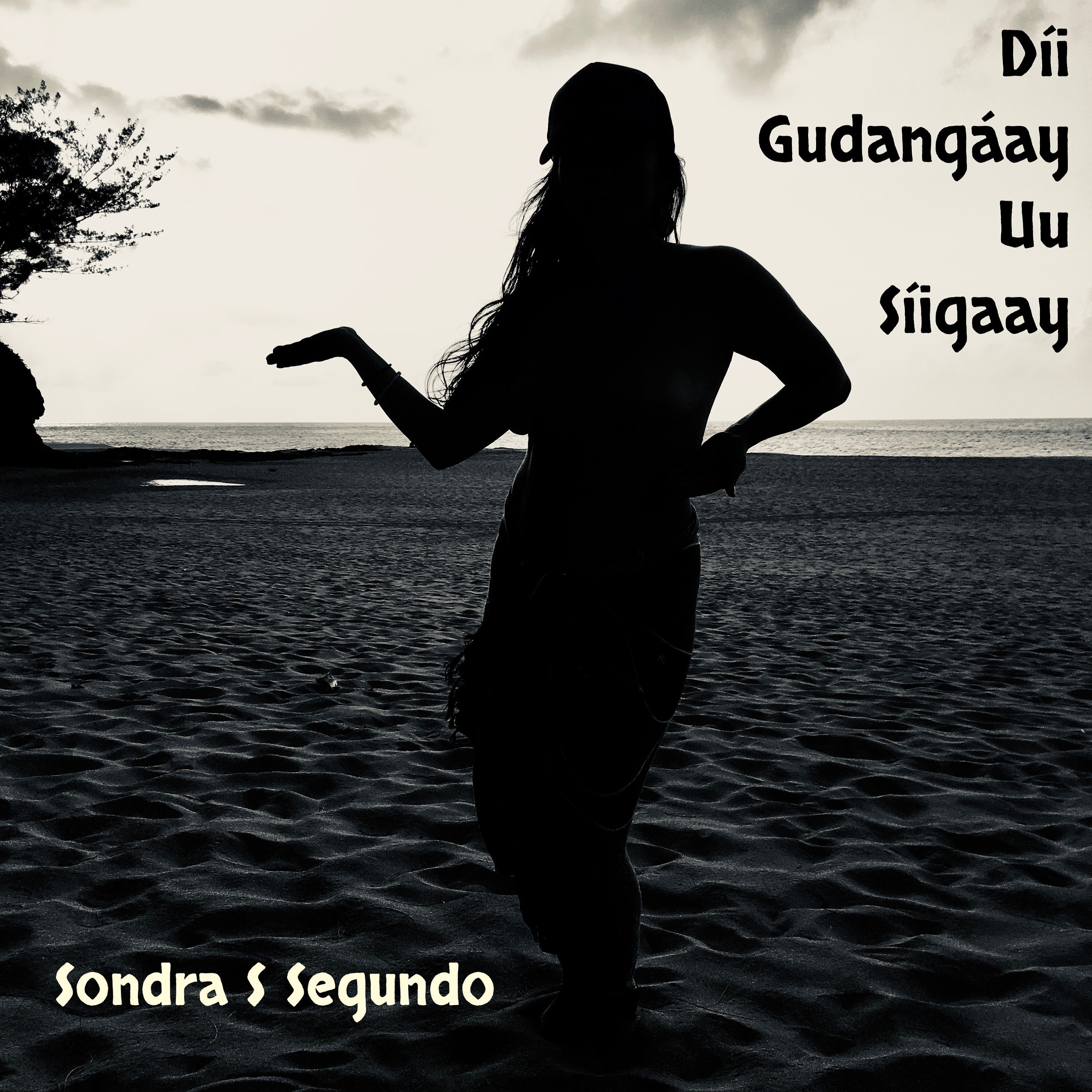 "The creation of this album started with a strong desire to "re"learn my critically endangered Alaskan Haida language. Along my path, I met my husband Eric (Eroc) Cunningham who is a song writer/musician/teacher. We started making music together right away. He introduced me to his friend Blake Dally who built Front Burner Studios in the Bell Town area of Seattle. Together, we created this album.


DEDICATION:
I dedicate this album to my loving tribal village Hydaburg, Alaska. You are my inspiration and are always in my thoughts. Never forget the powerful and healing prayers of our elders…our náanaa’s and chináa’s. They loved and believed in Saláana (Creator/Yeshua/Great Spirit) with all their hearts. Our elders taught us how to pray. WE are now the prayer warriors! WE are now the culture bearers! WE ARE STILL HERE and we survived for a reason! Sanhlgáang hl gúusuu! - Pray! Dámaan agán hl kíng uu. - Take care of yourselves. Gíijgwaa dáng gwíi gin ‘láasaang díi tawlang! - I hope good things come your way my family! Dáng díi kuyáadang dagwáangs. - I love you dear ones.

1. Díi Gudangáay uu Síigaay - I Can Feel the Ocean (created July 18, 2018)
Eroc and I created this song the day we returned home from Kauai. That feeling of the ocean in Hawaii was still very strong with us and this song poured out.

Áayaad luudgán.
The waves are breaking on the shore today.

I can feel the ocean.
No matter where I am on this earth.
I hear her calling to me.

I can be in the city,
I feel her breeze.

The tune of this song comes from an oldie but goodie Hawaiian song “Little Grass Shack”. My grandparents generation loved Hawaii and sang many Hawaiian style songs. They learned these songs from Hawaiians who worked in the canneries on their SE Alaskan Island. My grandmother and her sister learned to play the ukulele and sang this song with all of their friends and family. They changed the words to fit their small tribal village of Hydaburg, AK. All through the village you can see little smoke shacks where we smoke our salmon during summer months. My grandmother also shared stories about how some of our Haida family sailed to Hawaii many years ago...and never came back.

Eroc learned the tune on the ukulele and helped bring this song back to life for us. My son and niece have also learned how to play this tune which we were honored to play in Hydaburg that same summer. Singing this song brings us so much joy and helps us feel close to our precious elders who are now in saa tlagaay (heaven). It was their generation that spoke our language fluently…they were the last generation to go through the boarding schools. Because of these schools, they almost took our language with them. But, they left us with gems like this song.

This is my first Haida song composition.

“Síigaay gid uu díi íijang-I Am a Child of the Ocean” was translated into my Alaskan Haida dialect by my late uncle Miijuu and auntie Viola. They were from the last generations who spoke our language fluently. Our Haida language specialist Ben Young, worked with the elders and helped with the final translation and pronunciation of the song. This song is very special.

As a young child, I was able to listen to my great grandma singing and speaking in Haida. I also heard my own grandparents speak Haida. So thankfully, I remember tones and pronunciation. I also listen to recordings of my elders and practice singing traditional Haida songs with family and friends from our village.

This song is featured in my children's picture book "Killer Whale Eyes".


4. Smile
Eroc gifted me this song on Mother’s Day 2017. It was inspired from stories I would share with him. This story in “Smile” was about a man who I briefly met at a Powwow. I was a vendor at the 2017 Native Foster Care Mini Powwow and the alliance was feeding the entire community a traditional feast! This hungry looking man, walked up to me at my booth and asked a simple question, “am I too late?” I replied, “No, you’re right on time! INDIAN TIME!” He looked at me for a sec., then threw his head back and let out a big laugh…”ah yeah, INDIAN TIME!” he replied. Later, I saw him happily enjoying the feast.


5. Lovebirds Song
A song inspired by the Love between my Haida grandparents. They passed away on the same day of natural causes after being married for 53 years. I can still feel their love beaming from another realm.

Speaking of another realm, the tune from this song was inspired on Apr. 21, 2016. I was standing in the security line at the airport, heading to Minneapolis for a Native artist fellowship convening. While I was in line, I was practicing tunes for this song. The sounds in the airport and song filled me and I recorded the tune into my voice memos…so I wouldn’t forget it. Later that day, after I landed, our driver informed me that Prince had passed away. I shed some tears for one of my most favorite artists as we drove through his hometown to our hotel. It was such an honor to celebrate his life there. The streets were alive and lightbulbs were all changed to purple. A soft purple haze hovered over Minneapolis with vibrations of love from his beloved’s and his songs being played everywhere. It wasn’t until 2 months later that I realized I was gifted the tune for Lovebirds Song on the day Prince left our realm. I sometimes wonder if there are other’s who were gifted a tune on that day…
RIP Prince.


This song is featured in my children's picture book “Lovebirds-The True Story of Raven and Eagle".

This song is a compilation of gospel sound mixed with Indigenous tongue. I am accompanied by pianist great, Kent Stevenson. We performed it live at the “People of the Drum” production, put on by Seattle Peace Chorus, with director Frederick West, June 2018.

This song is dedicated to my Haida elders. They learned to sing gospel songs in the boarding schools they attended as children. They were discouraged from speaking our language, yet, they translated many of these songs from English to Haida. I learned this song from listening to my elder, Erma Lawrence sing it.

ARTIST BIOGRAPHY:
Sondra is a Seattle local visual artist and singer of the Haida language. She is an educator and has worked with youth in schools and programs throughout the Northwest, teaching art and sharing her Indigenous children’s books and songs. She has recently been recruited by tribal-funk band Khu.eex’ (koo-eek) as lead female vocalist. She is also drum and dance lead for the Haida Heritage Foundation dance group. She has raised funds to start the Haida Roots Language and Youth Arts program for her community. This program is helping Seattle based Haida practice their traditional art-forms and ancient language through structured learning.

0 items in your cart